Multilingual maps- what does this mean?

As an example: The OpenStreetMap database provides NAMES for most objects like Citys, Roads, Churches, Rivers, aso.. in different languages. So for the map of Israel usually in hebrew, arabian, english, maybe in german. For maps of Russia usually in russian and english.

Up to now only one language per maps was possible to include and display on our smartphones.
So providing two languages for one maps for OAM meant making –   and for you, downloading two different maps.

With the new, multilingual maps it is possible to include different languages while making the map and switching map-language in an APP – if an APP is compatible with these maps AND provides a language switcher. This is the case for ORUXMAPS and LOCUS for Android and Cruiser for Android + PC.

Here you see a small screencast of ORUXMAPS switching between russian and englich using the map of Moscow:

So we decided to provide the multilingual maps on OpenAndroMaps.
The effort for providing two different versions of the maps (old single and new multilingual = 250 each) is crazy.
However, we are aware that a lot of APPs still only support the old “V3” single-language maps – and keeping our users in mind we will support both versions for while, as far and long as our resources will allow this.

For now we provide the new multilingual “V4” maps for download to PC AND for direct install to ORUXMAPS. The download/install buttons for these maps are RED, the included languages are shown for each map as abbreviations in square brackets. The new map files itself are identified by a “_ML” suffix.
So, eg., while the name of old map is “Germany.map” the name of the multilingual map is “Germany_ML.map” 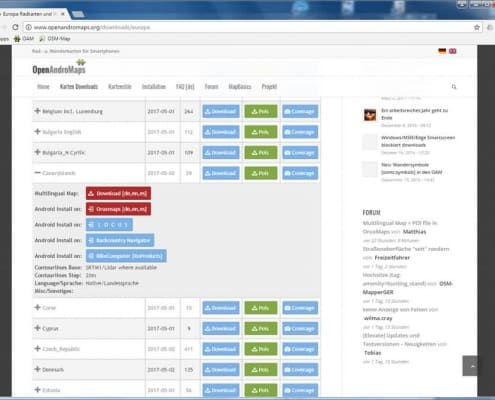 The old maps that we provided in different languages will be available in future only in one language (usually native lang. or english) – this is the case for all russian mapps, several maps for Asia aso. PLUS the multilingual version.

The POI files for the multilingual maps are included in the zip-files of the maps. With the next update of ORUXMAPS these POI-files will be installed in the right place on your Smartphone if chose direct install.

Next posting will deal with the complete redesign of the categorie-structure of the OpenAndroMaps POI-files.

The planed “maintenance” of the OpenAndroMaps website ended up in renting a new, performant server with the latest operating system in a fast network …..

Furthermore, several overweight plugins were exchanged against lightweight ones from GitHub and everything was adapted to run under PHP7 – this should be fine for the next months.

The advantage for you: fast response times (around the 400ms load time) after I have spent a full weekend with the memcached server  :-).
The page rendering times on Android is not so nice, unfortunately this is a common problem on these devices.

SPAM: I’v installed a new Spam-Protection. Please dont use disposal EMail addresses, this will not work.

Now we can concentrate on the real thing: Making maps, pois, themes, docs.
Maybe some of you have already seen that multilingual maps now available for download – we will present these maps in brief later on.

Unitl now the map starting position after loading a new map was set to the arithmetical center of the area the map covered.
Unfortunatelly sometimes, at high zoom levels and with GPs device disabled, you ended up in the blue sea or in the middle of nowhere after loading a map.

From now on every map has its own starting position set by hand – usually the capital of the country/region or a well known natural preserve or something like this.

This improvement is the reason why the update for March is delayed for a few days – the map starting points for ~270 maps have to be defined. The updated maps should be available from 7th of March on starting with Europe/Germany.

Dear members of the OpenAndroMaps community,

another year is drawing to a close, already the fifth year for OAM.
When I first started producing vector maps it wasn’t possible to imagine what great success the idea of free hiking and cycling maps in a compact format would be.
Five years are a long time in an era in which continous and accelerating change is the only constant.

Without my ally Tobias, who is continually pushing forward and is creating the best possible renderthemes, OAM wouldn’t be what it is today – probably the best vector maps for all outdoor fanatics and travellers.

A new member of the team is Michael, who made the new world overview maps – in excellent quality.

I also like to thank all users who made the effort to register in our forum and give hints, suggestions and error reports. This is very important for us as we can be routine-blinded or just lack the time to test every map update for errors. Although our standard is and can only be absolutely professional, we do all this in our rare spare time and with only a tiny budget.

Our goal is to sustain and enhance this project and ask you kindly to further support us.

The OAM team wishes you all a merry christmas!
Tobias, Michael, Christian

The Smartscreen filter of MS Internetexplorer/Edge reports OpenAndroMaps website as “unsafe”.
If you have doubts about the integrity of OpenAndroMaps please perform a check on a meta-virusengine like Virustotal or a similar service. These services checks a website against the databases of numerous virustools of high reputation like Bitdefender, Kaspersky, Avast, etc..

In case of OpenAndroMaps the result ist : Clean Site

If you have already installed a solid virustool on your machine or mobile device there is no need for MS Smartfilter cause most of these tools are scanning the traffic of many webbrowsers (not only MSIE/Edge) and check downloaded fieles too.

There is a document on the MS support site that teaches how to report a false positive to Microsoft or how to disable the Smartscreen filter (in case that you already installed a virustool):

Most of the hiking symbols tagged in OpenAndroMaps are now included in the OpenAndroMaps.
Redering of these symbols follow the rules of  Waymarkedtrails .

Important: If more than one route is assigned to a way : The waymark for the route with the highest priority is rendered = iwn, nwn, rwn, lwn. 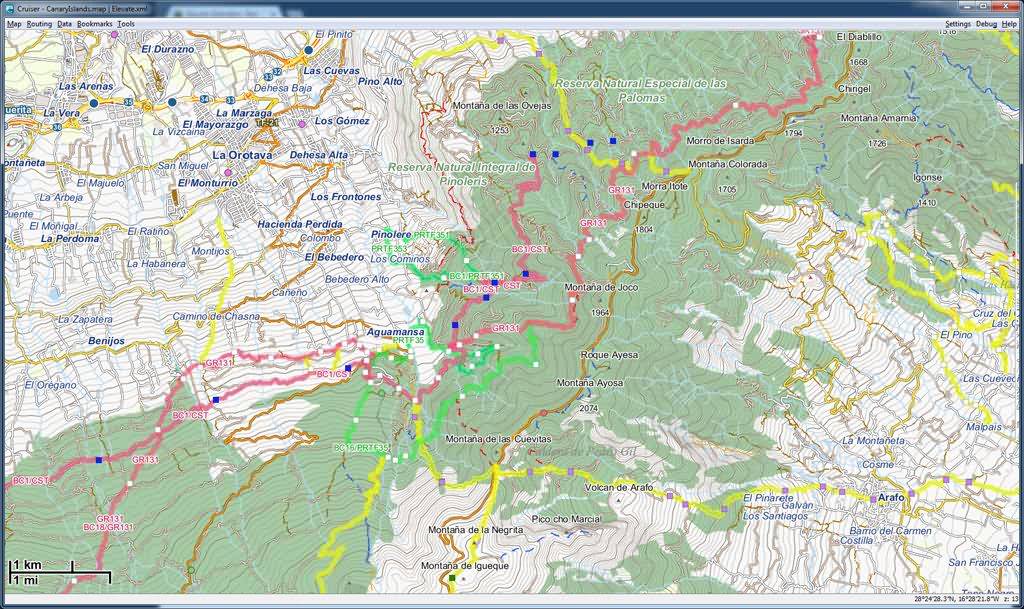 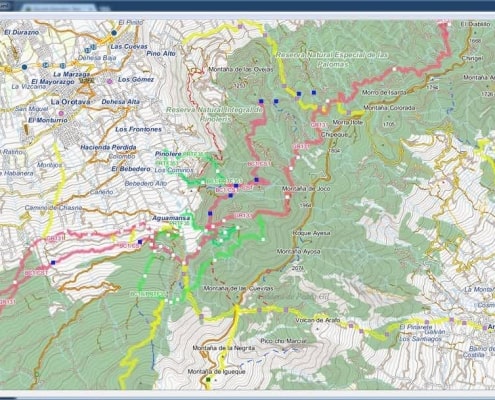 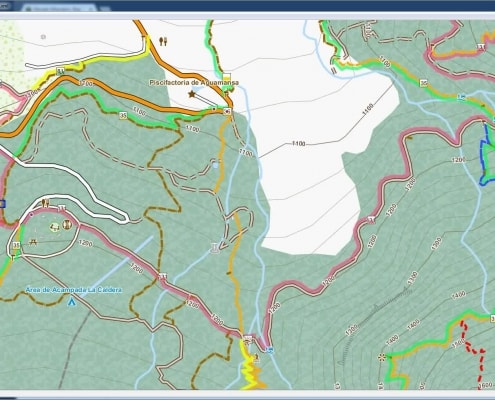 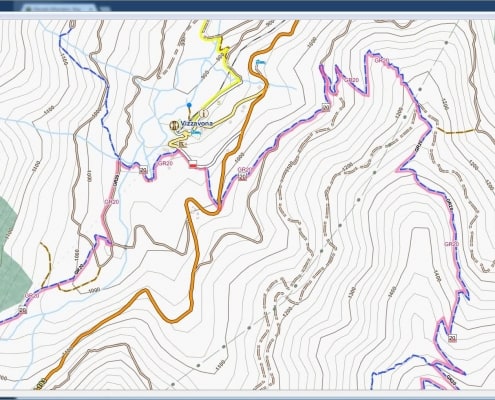 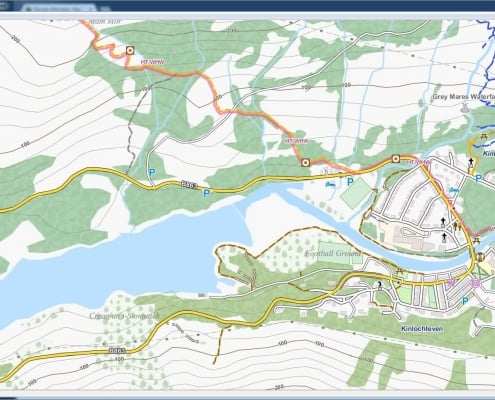 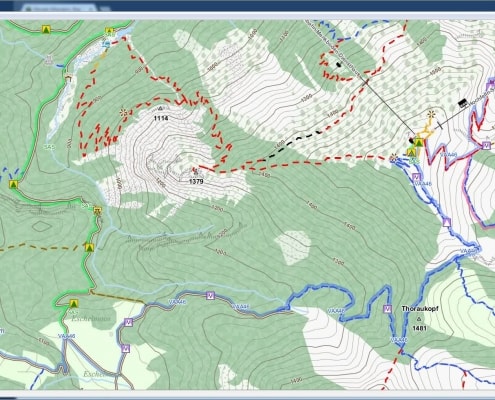 Further details and rules for osmc:symbols at OpenAndroMaps can be found here

Austria and South Tyrol has finished the LIDAR Laserscans and released this dataset to the public for free.
@Sonny converted it to usual hgt files and published it for download:

For the OpenAndroMaps this means that serveral Maps benefit from these new elevation data, and believe me – the difference is incredible.

I strongly recommend you to update these maps, especially if you are a mountain hikers or MTB enthusiast.

After an extended testing period Elevate 4 has been released today. The map key was also updated.

Downloads as alway on the Elevate page.

Soon Elevate 4 will be released, and as there are some major changes I already offered some test versions here. This last test version I make a bit more public, maybe someone can still find some issues. I mainly tested with OruxMaps 6.5+ at 320ppi and Atlas under Windows. I am happy about some feedback, especially with other apps/densities.

And many more smaller additions and optimizations.

Michael Bechtold did an incredible job producing these maps. For each zoom level he used different an multiple sources ensuring best usability by providing a reasonable filesize. Best is that he aggreed to share these maps for free with our community on OpenAndroMaps.

These maps are pixelmaps in sqlite data format plus a special version for Oruxmaps. Pixelmaps are the best choice for general maps cause they load much faster at low zoom levels compared to vectormaps while vectomaps are providing much more detail at high zoom levels for a fraction of the filesize.

The pure sqlite-maps (for Locus and all APPs capable to handle sqlite) are not compressed so you don’t need additional space and time for decompressing while quick-installation on your device.

This site uses cookies. By continuing to browse the site, you are agreeing to our use of cookies.

We may request cookies to be set on your device. We use cookies to let us know when you visit our websites, how you interact with us, to enrich your user experience, and to customize your relationship with our website.

Click on the different category headings to find out more. You can also change some of your preferences. Note that blocking some types of cookies may impact your experience on our websites and the services we are able to offer.

These cookies are strictly necessary to provide you with services available through our website and to use some of its features.

Because these cookies are strictly necessary to deliver the website, refuseing them will have impact how our site functions. You always can block or delete cookies by changing your browser settings and force blocking all cookies on this website. But this will always prompt you to accept/refuse cookies when revisiting our site.

We fully respect if you want to refuse cookies but to avoid asking you again and again kindly allow us to store a cookie for that. You are free to opt out any time or opt in for other cookies to get a better experience. If you refuse cookies we will remove all set cookies in our domain.

We provide you with a list of stored cookies on your computer in our domain so you can check what we stored. Due to security reasons we are not able to show or modify cookies from other domains. You can check these in your browser security settings.

We also use different external services like Google Webfonts, Google Maps, and external Video providers. Since these providers may collect personal data like your IP address we allow you to block them here. Please be aware that this might heavily reduce the functionality and appearance of our site. Changes will take effect once you reload the page.