OpenAndroMaps offers downloadable vector maps for smartphones for free.
These maps don’t need any internet access for operation and can be changed in style by downloadable map styles.

This project is financed by donations only.

The naming of the OAM maps changes as follows:

As you can see, the long awaited POI files for Locus are now added.
This feature is currently in BETA Test.
If you want to partizipate in the BETA-Test please sign up for the forum (please, use a_real_ EMail Address):
https://www.openandromaps.org/oam-forums/topic/poi-nutzbarkeit-der-dateien-mit-locus/page/7
(mixed German/English)

Please install the maps as before, the POI files will be copied automatically to your mobile device.

If you want to try out the new (really stunning) POIs for Locus you should have a look here,
https://docs.locusmap.eu/doku.php?id=manual:user_guide:points:locus_maps_pois

A video tutorial will follow as soon as the last small bugs are eliminated. 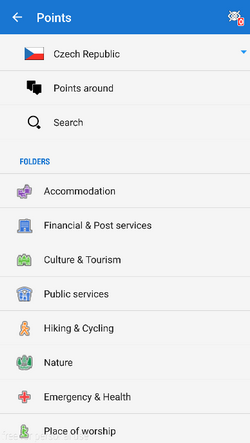 As Locus has a very good mapsforge support for V4 maps since version 3.38 and doesn’t need a special file structure also, a special Locus version of the map style files isn’t necessary anymore.

Elevate LE, which is necessary for the legacy V3 maps, is still available as separate download on the Elevate page.

Double Elements: as Elevate now has a new clean file structure, with quick install the old Elements file remains in the theme folder and can still be chosen with the map style choser (in addition to the new version).

This can be solved easily:

For most of you there are no changes ’cause 95% of OpenAndroMaps users already use the multilingual maps.

As already announced some time ago, we are now finally switching to the multilingual maps and drop support for the old V3-Maps. These have been around since 2015/16 and I think that 3 years is sufficient to say goodbye to old specifications and open new resources for new developments.

The development of the Mapsforge vector library is progressing and we would like to share with you the advantages and new features. We are working on a new version of the OpenAndroMaps which will be enhanced and modernized especially in the field of cycle- MTB- and hiking routes.

For this it is necessary to drop old Balast.

The 270 V3 maps will be updated in the next 3 weeks and will be available for download by January 2020.
Of course, the download pages will also be adapted accordingly. For now the separate download button for the POIs will be kept – although the POIs are included in the ZIP archives of the maps.

There’s a new Elevate update after a while. With Elevate 4.3 there are new optional overlays: in the city map style small ways like paths and tracks can be switched off, so the map will be more clear and is better usable for motorists. In hiking resp. cycling/MTB it is now possible to mark paths and tracks where the usage by foot/bike is permitted – this is important in countries where usage is forbidden/private in the first place. Also in cycling now ways are marked especially which are allowed for cycling, but are maybe too steep/rough. And as always some smaller changes.

Some time ago an additional license was added, so Elevate can now be used commercially (but then changing it isn’t allowed). As Elevate is now the main mapstyle for OpenAndroMaps and not the Andromaps mapstyles, and not an additional exclusive one.

Elevate 2 is now deprecated and won’t be updated anymore, as it was already announced in the forum. Most apps, like c:geo recently, now support mapsforge rendertheme V4 mapstyles with mapstyle menus, therefore the parallel development doesn’t make much sense anymore.

This site uses cookies. By continuing to browse the site, you are agreeing to our use of cookies.