You are here: Home1 / Project Status 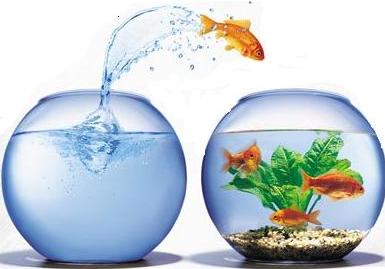 The download.openandromaps.org has been disabled and should not be necessary anymore since all links lead directly to the actual download server
https://ftp.gwdg.de/pub/misc/openstreetmap/openandromaps/

This subdomain was a relic from the early days of OpenAndroMaps before the University in Göttingen took over the hosting of the maps. In those days the download sources changed regularly (Megaupload, GDrive, etc..) and to provide a constant URL the downloads.openandromaps.org was set up – which itself never hosted any files but only forwarded to the actual hosters.
With GWDG as our longtime, free!!! map hoster, the subdomain has not been needed for quite some time.
If GWDG should ever withdraw their support for the OSM project, there is no alternative anyway, since the monthly traffic volume for OAM alone is in the terrabyte range.

If any links on the OAM website are dangling in the air and still point to downloads.openandromaps.org – please post a message.

Unfortunately, the loading times for the non-cached part of the OAM website have been indisputably slow for about a week.
This is partly due to a much higher number of hack attempts (greetings to St. Petersburg – I hope the weather is pleasant).

I am currently working with the hoster on a solution that will be fast AND easy to administer again.

Until then, please bear with me…..

The already announced new map generation is now ready to be released for download.
With this new generation, fundamental design weaknesses such as common hike/cycle route names or fragmentation of MTB routes in some cases have been resolved.

The new features meant a deep impact on the production structure of the maps.
New hardware on which the new V5 Mapsforge Writer from EMUX runs smoothly and a complete rewrite of most software was necessary.

Here are the new features in a nutshell:

What needs to be done on your side: An update to the render theme – when installed directly on Android in Locus, the theme is installed/updated automatically.

Thank you for your feedback during the beta test, where a profound bug was discovered and fixed.

Have a peaceful Christmas,
We wish you good health and beautiful walks in the winter-snow

Unfortunately, the cloud server has completely crashed, and restoring the existing backups did not help either.

I have now moved the website to a normal web space and will try to get the whole thing up and running again tomorrow.

At the moment, there will probably be problems with the redirects – this mainly concerns the direct install on Android.
This will also be taken care of tomorrow in the course of the day.

Sorry for the trouble.

PS: The registrations and forum posts of the last 24h are unfortunately also lost, sorry.

Many people might ask themselves: “Why Excel for an OSM map project?
Well, with OAM there is a stock of around 270 maps to manage with the most diverse settings.

For example, map symbols for petrol stations and drinking water sources in urban areas appear only at much higher zoom levels than in Scandinavia – for this, there is also the ELEMENTS theme by Tobias, which takes this into account. This means that different tag mappings have to be created and assigned to individual maps.
But also such trivial things as map centres, languages, fineness of elevation data, allocation to render queues (load balancing) have to be managed. Corresponding start-up programmes for each individual production step such as conversion of file formats, creation of boundary polys, elevation data, sea areas, inheritance of bike/MTB/hike routes etc,etc. – belong to !automated! production.

Last but not least, the web pages must be regenerated after each update.

This is impossible to do manually, so far Excel-VBA programmes in combination with PERL scripts have done most of the hard work.

For about 10 days now, I have been sitting in front of the computer every free minute and porting VBA to Starbasic. Porting means cleaning up 9 years of organically grown programmes and simply rewriting them, leaving out my beloved PERL for pure administration jobs.
In addition, a flexible folder structure was implemented to allow porting to other machines and effective load balancing/caching.

With the switch to a free office package and the cleaning up of the programmes, it is now much easier for my co-authors to familiarise themselves with map production in OpenAndroMaps.

The first maps rolled out today from the LibreCalc generated start scripts, the automated creation of the download pages will be addressed next week.

New rendering machine: Thank you very much for your donations – most of the parts for the PC have arrived and are awaiting assembly, which will be started after the next map update if there are no unexpected problems with the software port.
For me this is a great reassurance as it means that the test computer will go to @Michael and thus 10 years of accumulated knowledge about vector maps will be preserved.

There will be more detailed information about the new render machine.
Here in a nutshell: AMD Ryzen 5600G, 128GB RAM, ASUS MB, 2TB 970evo Plus as standard drive, 1TB Toshiba SSD for the planet extracts and height data, NOCTUA fans, new semi-passive power supply, as well as various used parts from the spare and new fans for the old case.
Should my time run out, this computer will also go to @Michael.

In a nutshell:
I had been struggling with health problems for quite a while this year. I would like to say  THANK’s to my comrades-in-arms Tobias and Michael who have kept up the support here.

I am now looking forward to a long overdue holiday trip which I will start next week and which will – hopefully – take me to the far north.

Which means that the next map update, any bug fixes and improvements will continue in August (at the moment the computer is runnig full speed and every map rendered until Friday will be uploaded). I hope for your understanding.

Until autumn, stay healthy and
(again) nice tours with the OAM
Christian

Unfortunately, I made a tiny mistake in the structure of the POI categories which leads to the fact that the POI databases for both Orux and Locus are broken in the February update.

I will be re-uploading the map files with the POI databases in a couple of days.

Until then, please download the POI files from January here:
http://ftp5.gwdg.de/pub/misc/openstreetmap/openandromaps/pois/

Dear members of the OpenAndroMaps community,

Another year is drawing to a close, already the 9th year for OAM !
Nine years are a long time in an era in which continous and accelerating change is the only constant.

Without my ally Tobias and Michal and the Members of the OAM Developer-Community OpenAndroMaps wouldn’t be what it is today – probably the best vector maps for all outdoor fanatics and travellers.

I also like to thank all users who made the effort to register in our forum and give hints, suggestions and error reports. This is very important for us as we can be routine-blinded or just lack the time to test every map update for errors. Although our standard is and can only be absolutely professional, we do all this in our rare spare time and with only a tiny budget.

A short summary of the innovations that have been incorporated into the OAM in 2020:

Investments were also made in the equipment of the rendering machine:

Our goal is to sustain and enhance this project and ask you kindly to further support us.

The OAM team wishes you all a merry christmas!
Tobias, Michael, Christian

The new version of the forum plugin
= BBPress 2.6.5 unfortunately sufferes from some problems.

Posts not created by moderators were set to “Hold” if they contained several links or even (oh well, imagine!!) media. WITHOUT message to the moderators.
Furthermore BBPress is not able to set the date/time stamp of the last post in the forum overview correctly since 5 months.

Thanks to Frank from the Netherlands for his endless patience in detecting errors!

As far as I can see, everything is working fine – if you have any problems with the downgrade please let me know.
If you can’t do otherwise, please leave a comment here.

By the way, the update of _all_ the maps is in progress with further improved LoPoI’s which are now also directly included in the map_zip.

Sorry, the user registration in the forum did not work for 24h – now it’s repaired.
The sending of mails needed a new authorization type – this issue is resolved.

Again my request: If you register in the forum please use email addresses that are NOT preferred by spammers – not yahoo and their relatives. I have to raise the obstacle for spammers every year because the amount of scam/spam exceeds every reasonable level.

The website is now running – especially in the forum area – much faster than before, I spent one more CPU to the new cloud server and activated the CDN again. The site is now above 93% in all rankings at GtMetric, ensuring a pleasant user-experience for you.

So there’s nothing to stop the regular big update of _all_ maps at mid-year.
The POIs for Locus have now also reached a level of maturity that is significantly better than BETA.

Greetings,
Your team from OpenAndroMaps

We may request cookies to be set on your device. We use cookies to let us know when you visit our websites, how you interact with us, to enrich your user experience, and to customize your relationship with our website.

Click on the different category headings to find out more. You can also change some of your preferences. Note that blocking some types of cookies may impact your experience on our websites and the services we are able to offer.

These cookies are strictly necessary to provide you with services available through our website and to use some of its features.

Because these cookies are strictly necessary to deliver the website, refusing them will have impact how our site functions. You always can block or delete cookies by changing your browser settings and force blocking all cookies on this website. But this will always prompt you to accept/refuse cookies when revisiting our site.

We fully respect if you want to refuse cookies but to avoid asking you again and again kindly allow us to store a cookie for that. You are free to opt out any time or opt in for other cookies to get a better experience. If you refuse cookies we will remove all set cookies in our domain.

We provide you with a list of stored cookies on your computer in our domain so you can check what we stored. Due to security reasons we are not able to show or modify cookies from other domains. You can check these in your browser security settings.

We also use different external services like Google Webfonts, Google Maps, and external Video providers. Since these providers may collect personal data like your IP address we allow you to block them here. Please be aware that this might heavily reduce the functionality and appearance of our site. Changes will take effect once you reload the page.