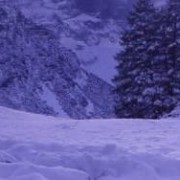 The already announced new map generation is now ready to be released for download.
With this new generation, fundamental design weaknesses such as common hike/cycle route names or fragmentation of MTB routes in some cases have been resolved.

The new features meant a deep impact on the production structure of the maps.
New hardware on which the new V5 Mapsforge Writer from EMUX runs smoothly and a complete rewrite of most software was necessary.

Here are the new features in a nutshell:

What needs to be done on your side: An update to the render theme – when installed directly on Android in Locus, the theme is installed/updated automatically.

Thank you for your feedback during the beta test, where a profound bug was discovered and fixed.

Have a peaceful Christmas,
We wish you good health and beautiful walks in the winter-snow

Want to join the discussion?
Feel free to contribute!


: Please support this project:
: with :